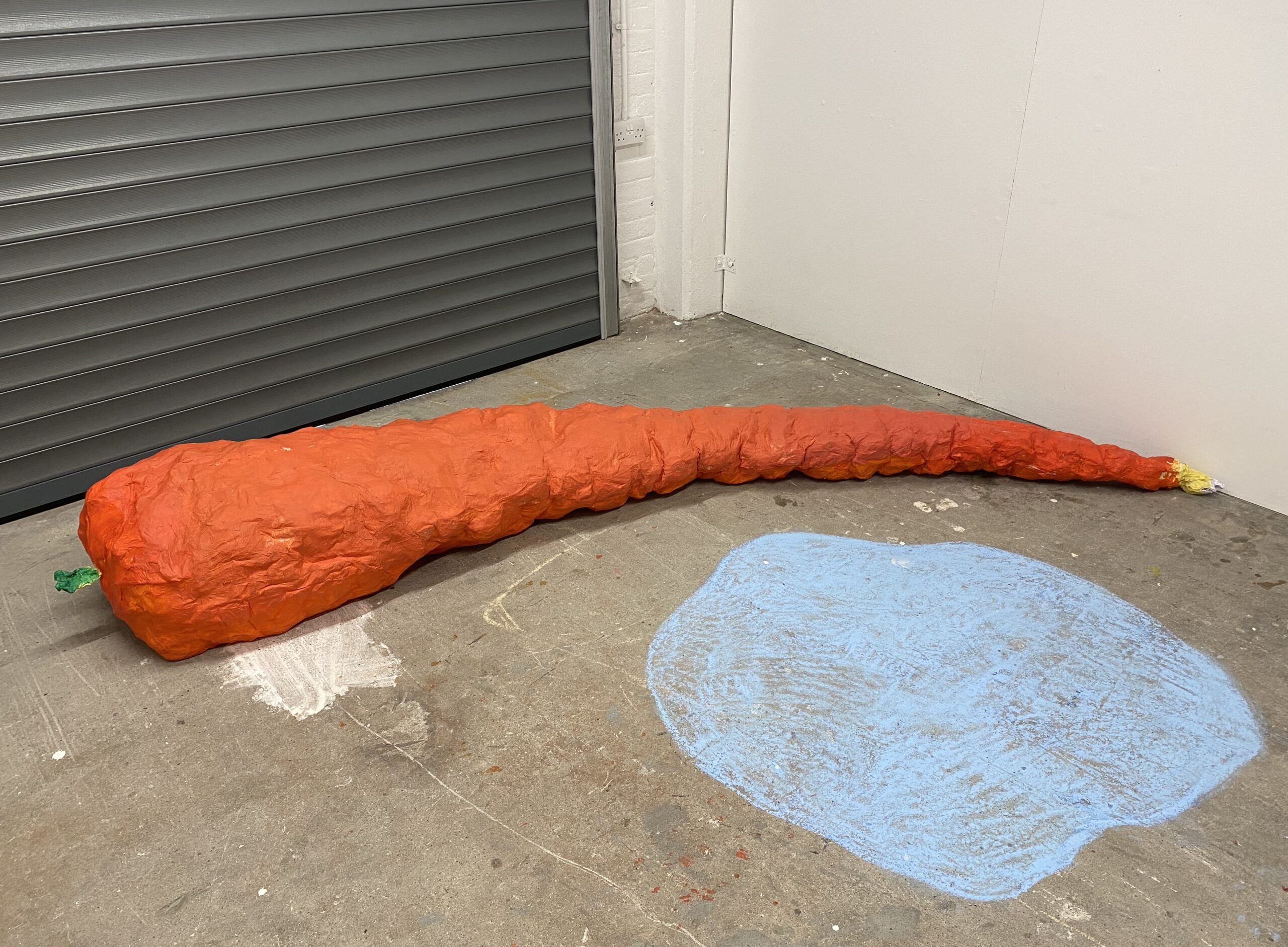 Multimedia artist, sculptor and Bath Spa graduate Annie Shrosbree presents work she has developed during her 2021 residency with KARST studios in this two-day open event.

Annie’s sculptural practice challenges classically accepted notions of ‘sophisticated art’ in it’s ‘silly’ and ‘child-like’ hand built aesthetic. Her residency at KARST has seen her inspiration become more language based, with a growing focus on memes and other popular forms of online communication as well as word-play and regional dialect. Annie will present a multitude of spatial, size and material juxtapositions at the end of her residency, allowing her collection of ‘jokes’ to hold the physical space in ways that are unavailable to their online equivalents. 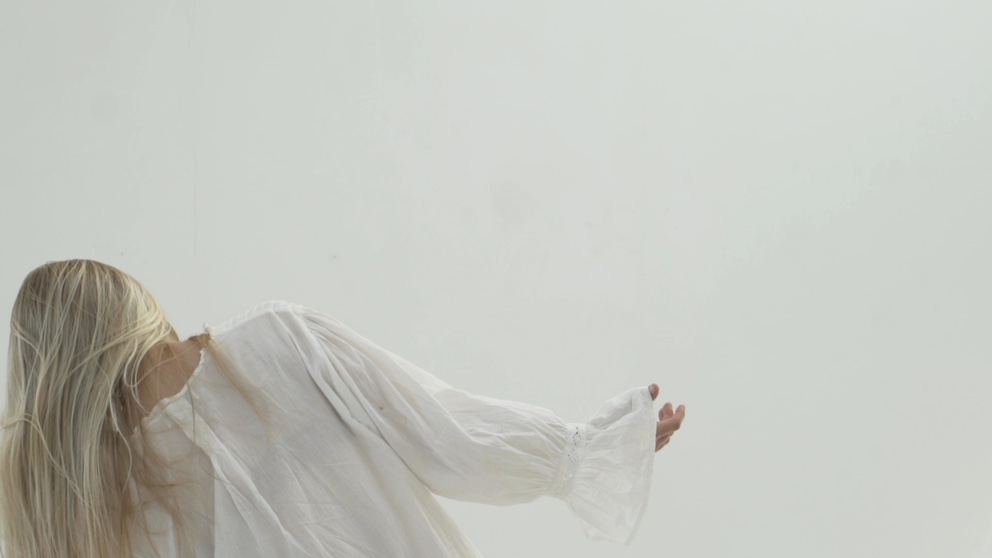 Following its exhibition at Studio KIND. in November, A Cake of Painted Tin will be shown at KARST on Friday 18 and Saturday 19 February.

The installation presents a body of new moving image and sound work exploring the experiences of writer Antonia White, with particular reference to her Frost in May quartet of novels. The texts describe White’s early life and young adulthood, including time spent in Bethlem Hospital for a psychosis which was attributed to schizophrenia at the time of her admittance in late 1922, but which might now be understood as a symptom of her probable manic depressive illness (Moran, 2018).

A Cake of Painted Tin is funded by Arts Council England with public funding from the National Lottery. 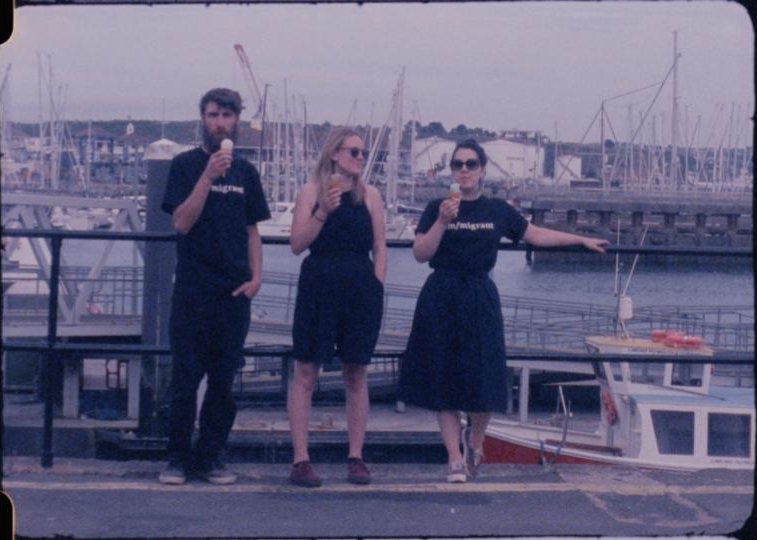 Directions: Forward presents moving image work that juxtaposes the mythic and the everyday to develop connections between the past and future. Invoking ritual and resistance, dance and document, historical forces and speculative fiction, the artists map out a terrain that challenges borders – both literal and figurative. Urban indigenous experiences and traces of light captured through photographic process transform the landscape into a celestial realm. Ancestors speak through rhythm across space and time. Histories of settler-colonialism in the built environment intersect with questions of narrative, migration, and community belonging.

Metigoshe Jiibayag (Clearwater Ghosts) is a new multimedia video and sound installation commissioned by Directions. The first part of the title is Ojibwe, the traditional language of the Turtle Mountain Chippewa people, and the second part is a rough translation into English. The video was shot at Lake Metigoshe at Turtle Mountain in North Dakota. This is part of the artist’s ancestral tribal lands which were severed by the US/Canadian border. The lake itself is cut by the border, but the water runs freely. The people can no longer travel freely across the waters, border control agents regularly patrol the park areas, a reminder that this land has been divided. The video was shot on the 4th of July, the United States Independence Day. Fireworks explode on an island in the center of the lake, the lights in the distance are in Canada, the spectators in the front are in America. Many are distant relatives whose lives, families, traditions, and cultures have been divided by settler colonial nations. The fire rains down from the middle, reflections of violence and wonder dancing off the clear water. The sound washes over the viewers as they stand between two screens, on a border surrounded by ghosts and trails of light, memories of time expanded and collapsed.

Eve-Lauryn Little Shell LaFountain is an enrolled member of the Turtle Mountain Band of Chippewa, a multimedia artist, and an educator. She was born into a family of artists and grew up in Santa Fe, New Mexico where she learned how to ride a horse instead of a bike. Her artwork explores identity, history, Indigenous futurism, feminism, ghosts, magic, and her mixed Native American and Jewish heritage through lens based media and installations. LaFountain has received support for her work from the Sundance New Frontier Labs where she was a Fellow in 2019, and received an Indigenous MacArthur Fellowship in 2018, as well as awards from COUSIN Collective and Cinereach, Mike Kelley Foundation, and the Andy Warhol Foundation.

In the form of a series of visual “field recordings” of and staged interventions in place, this essayistic film originates in the experience of the artist living in Plymouth in a flat overlooking the Mayflower steps. This location provided a jumping-off point to interrogate histories of settler-colonialism, British identity and mythos in the surrounding landscape, from the viewpoint of a recent immigrant. These histories are related in fragmentary fashion by the artists’ community in a collage of voices, challenging notions of singular authoritative narratives, such as those set in stone monuments. Throughout the film, fellow immigrants are rendered visible in everyday situations, protests are documented, a wizard invents an empire, and Anglo-Saxon re-enactors trek through Dartmoor, gesturing towards waves of settlement on the British Isles.

In Andromeda, a portal between worlds opens, creating a conduit between the Andromeda galaxy and Earth, transporting a chorus of drummers into the world of an unsuspecting protagonist.

Commissioned by Art Night and Somerset House. Supported by the Adonyeva Foundation.

Sonya Dyer is an artist and writer from London. A Somerset House Studios resident, she was a finalist for the Arts Foundation Futures Award 2021, and a UK Associate Artist at the Delfina Foundation in 2020. She is an alum of Whitney Museum of American Art: Independent Study Program and obtained a PhD from Middlesex University in 2021. Dyer’s practice reimagines where the centre is located in fictional narratives of the future. She explores how subjectivities and alliances are formed across cultures and temporalities, creating radical futures through unexpected connections.

This exhibition concludes the Directions project, an artist-led moving image series with a broadly decolonial perspective. Supported by the Mayflower 400 Culture Fund and Arts Council England. 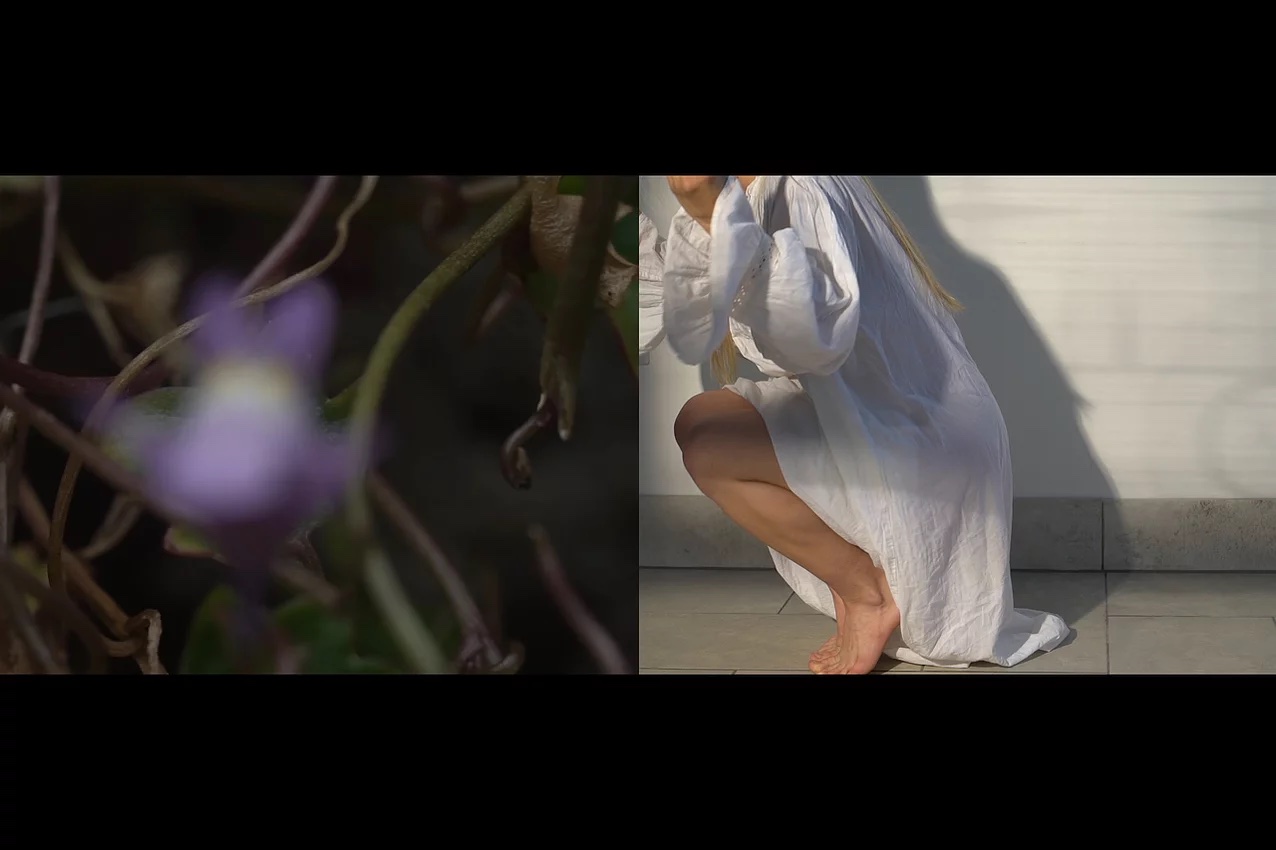 A Cake of Painted Tin is an exhibition at Studio KIND. by KARST studio artist Katy Richardson. The exhibition presents a body of new work exploring the experiences of writer Antonia White, with particular reference to her Frost in May quartet of novels.

The novels describe White’s early life and young adulthood, including time spent in Bethlem Hospital for a psychosis which was attributed to schizophrenia at the time of her admittance (late 1922) but which might now be understood as a symptom of her probable manic depressive illness (Moran, 2018).

Katy first read the Frost in May novels around the age of 13 and has revisited them repeatedly. A recent re-reading coincided with her undergoing a period of Eye Movement Desensitisation and Reprocessing (EMDR) therapy, during which she noticed a shared difficulty in forming functional relationships with other women. In response, Katy developed a series of experimental collaborative research sessions with 13 other female practitioners across art, dance, photography, sound engineering, voice, performance, poetry, filmmaking and psychotherapy, many of whom also have lived experience of mental illness.

A Cake of Painted Tin translates White’s experience into the bodies, voices and gestures of these women collaborators, creating echoes across the almost 100 years since her incarceration at Bethlem. Comprising moving image and sound, a collective solidarity and empathy manifests here in the present – not just with and for White, but also each other.

Katy Richardson (b. 1977, Cuckfield) is an artist based in Plymouth, UK. Her moving image, installation and sound works draw on research into trauma, haunting, memory and mental health. A Cake of Painted Tin is funded by Arts Council England using public funding from the National Lottery.